During the weekend of 3 and May 4, 2008 the national team fencing championship  took place in the Waterbos in Rijnsburg. The 11 best teams of the Netherlands, 4 persons, took on each other. AEW participated in the epee fencing, and was in very good form. In an exciting tournament, the team, composed of Carlo Rutjes Peter Bijker, Hit and Edwin Levy of Winds, grabbed bronze. 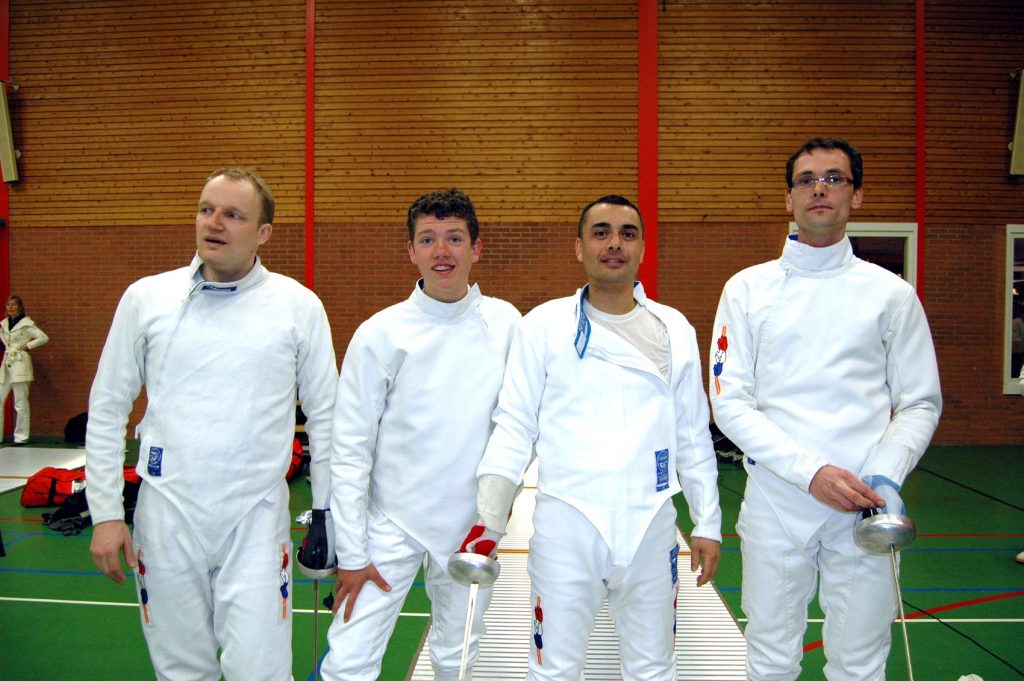 In the semifinal they had to bow their heads before the supreme team of Argoss, the eventual winner. With 45-19 referred Argoss, which includes Olympia Ganger (and No. 5 in the world) Bas Verwijlen meeschermde, AEW to the small final.In an extremely exciting fight knew the AEW-fencers contains the renowned Hall Kardolus keep behind him with a minimal difference (39-38).

AEW also received the prize for the team with the most progress. Maître Robb Winds can be proud of his pupils.

back to the tournament performance»